20/05/2014 23:47
When it turned out that Halvard and the crew had to head to the Azores instead of Scotland, I went to meet them there, instead of Shetland which was the original plan. I had barely heard of the Azores until now, and very much looked forward to cruise around the islands. Azores, who is Portuguese, consists of nine islands located some distance out in the Atlantic in line with Portugal. The islands are volcanic peaks on some of the planet's underwater mountain. Here the main industry is based on agriculture and winemaking.
After three flights, delays and lost luggage,  I almost had a breakdown when I finally met Halvard again,  and I could finally relax a little. There had been some thrilling three weeks to wait for them to arrive in the storm. Now we could just enjoy ourselves! After two nights at a hotel and driving around on Sao Miguel, we took a plane to Flores to sail the boat further on.
We sailed first from Flores to Marina da Horta on Faial. The national day- celebration took place on the ocean with pizza for dinner. I was seasick and the sea was rough enough that it was not possible to cook sous vide. But I we didn´t care so much about that, as we got visited by a bunch of beautiful dolphins. I had been looking forward to this meeting and they didn´t disappoint. They jumped and danced around the boat a long time and was great entertainment for me who have not seen wild dolphins so close before :) 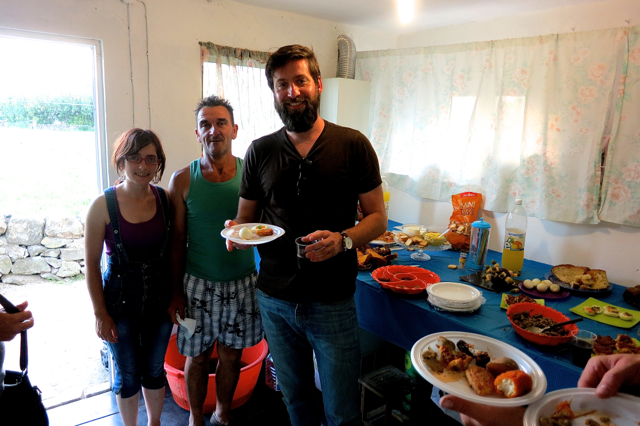 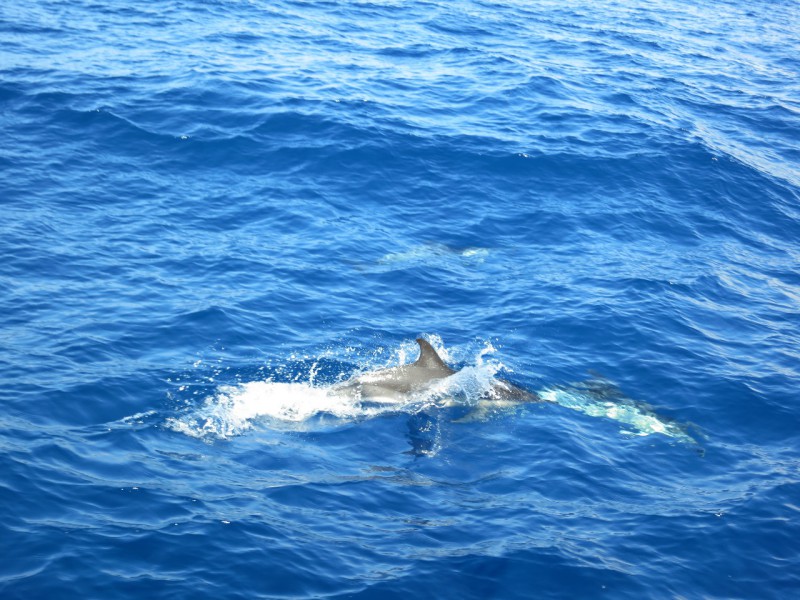 sailing between the two islands should take about a day and I had to take the nightwatch. Fortunately there was little wind and we were motoring with the autopilot on. It's bad enough to sit there in the pitch-black night , i preferred not to handle the sails well, at least now while I'm so inexperienced. It was a bit scary to be out at open sea, utterly alone, and only hear sloshing of waves and engine roar. Later in the morning, I sat and looked out at the waves, and suddenly a small fountain and a large blank back! Whale .. !! In fearful joy I crossed my fingers that it wouldn´t get on a collision course. I know that it is extremely rare, but it has happened that sailboats have foundered due to crash with sleeping whale at the surface. It remained luckily at a safe distance, so there was no crashing today.
May 18, we arrived at Horta. This is the largest and finest harbor in the Azores, which is where most people are going home from the Caribbean stopping by. We met many boats from Norway, Sweden, Denmark and several other countries. An eclectic mix of families, young couples, solo sailors and retirees who have been on shorter or longer trips. And they all had many interesting stories to tell of their voyages. It was new for us to be in that kind of environment, where everyone is so free and spontaneous, yet structured their lives. Also the social aspect was very different than at home, where we all had a common interest. People came over and chatted as if we had known each other for years, invited to barbecues, parties and whatever. We kept on with repairs and sundry on the boat, there were always several who stopped and would ramble or offer help.
When you are in Horta, it is mandatory to take a trip to Peters sports bar. Good food, beer and sailors from around the world! Another thing everyone does is to paint a logo, flag or picture of the boat on the dock before heading on. 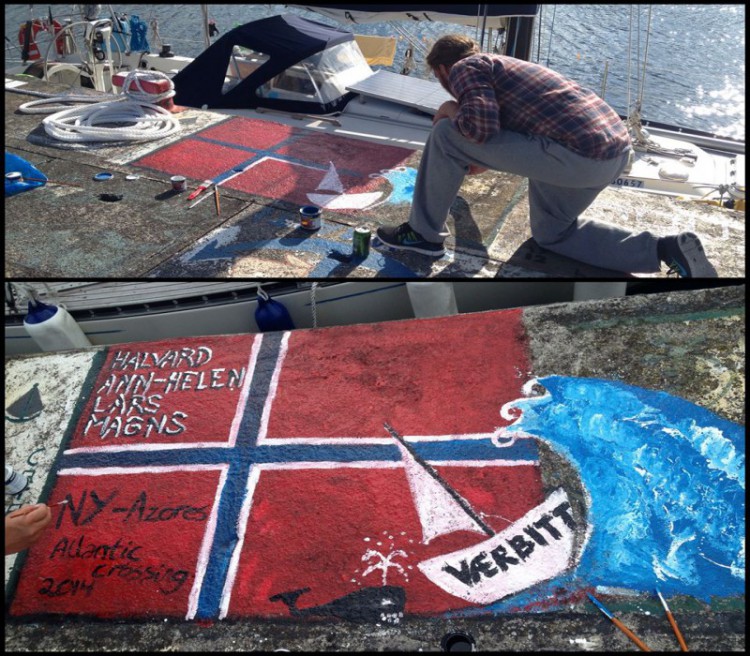 Otherwise, we rented a car and drove around on three of the islands. There is a lot to see on the islands, with a varied landscape of both beaches, volcanoes and spectacular green forests. In one moment you drive through something that could have been taken out of Lord of the Rings, and suddenly you are in "Cardamom town" All roads are well kept with flowers and exquisitely rhododenrons on the roadside, and everywhere there are happy cattle eating green grass all year round. Next time we go down there we'll try to get us to the hot springs located on the east side of Sao Miguel, and maybe take a few more trips up in the mountains. Most of the time this trip we were repairing the boat and socializing with other sailors. 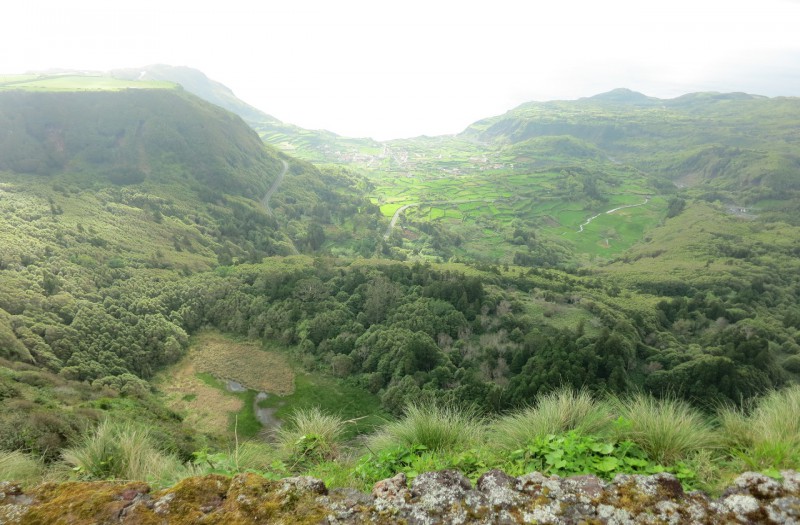 We left the boat on the island of Terceira, where will stand till next year when we will begin the long trip. Meanwhile it is recorded on the land and cared for with the harbor master down there. We initially thought that we would get it home somehow, but concluded that it would be a waste of time and money. We wouldn´t get to use the boat more than a couple of months before we have to put it up for winter storage here at home, so it was not worth to initiate the process. We look forward to get started on our long trip, meanwhile we will use the next year for planning and preparation :)
- First Officer Ann-Helen-
Back